TrafMon monitors in details all IP packets or every (directional) traffic flow over one or several network communication links.

It is based on a number of software network probes that look a the network traffic, and send information to a central collecting point. At this central collector (Central Processing System) packet latency and other Key Performance Indicators KPIs) are calculated and reported. 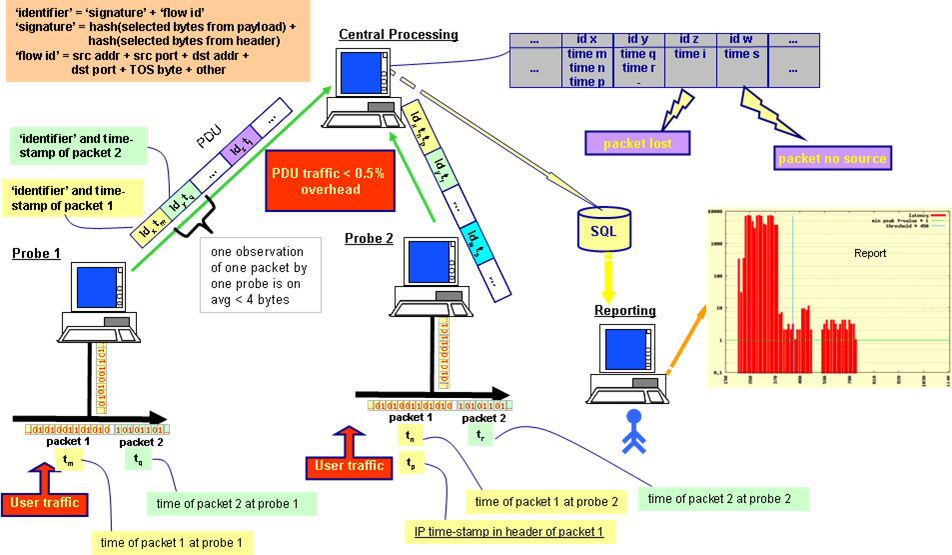 TrafMon measures the per-flow one-way packet latency at the millisecond accuracy. And the tool detects every packet loss

The TrafMon tool has already been used by ThalesAleniaSpace France for the qualification of the links between Galileo Mission Control Center in Italy and, respectively, the Galileo Sensor Station and Galileo Uplink Station in Kourou, French Guyana.

Thanks to the precise measurements produced by the tool, its use has permitted to fine tune the packet priority management algorithm as well as to pinpoint an interface problem that led to seldom but excessive amount of packet losses 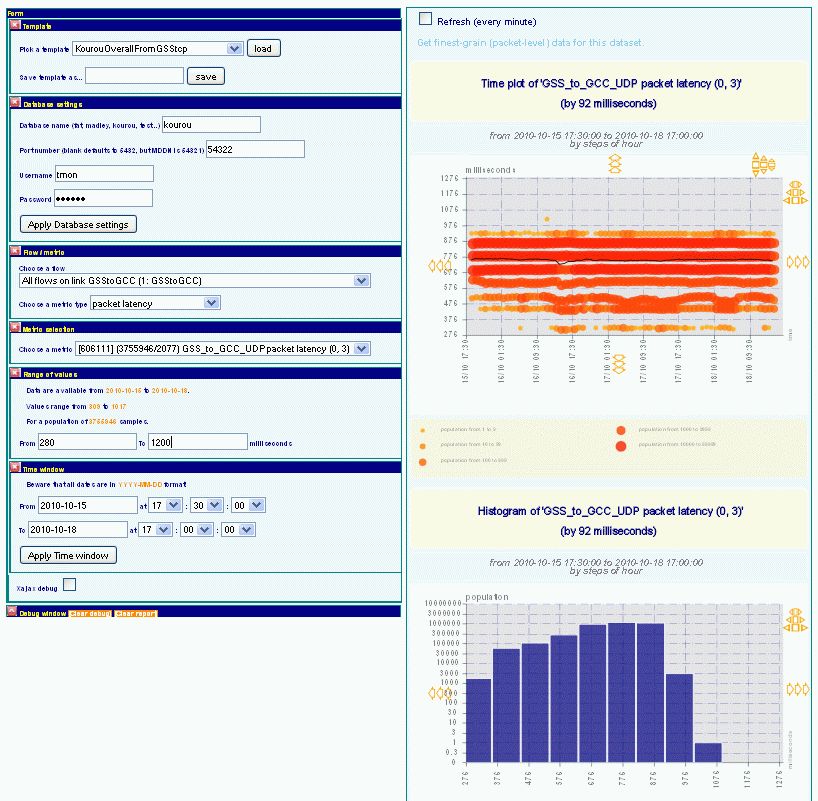 TrafMon features several important characteristics that uniquely addresses rather specific needs not otherwise responded to by other market products.